Orthodox literally means “true worship” or “true belief,” and is a name that describes nearly all of Christianity in the first ten centuries since Christ. We are Orthodox because we subscribe to the Orthodox teachings defined in the Bible, the Seven Ecumenical Councils, and the writings of the Early Church Fathers. Our basic statement of faith is the Nicene Creed, and the Bible plays a prominent role in our worship, beliefs and piety.

The Orthodox Church is the first Christian church, the Church founded by the Lord Jesus Christ and described in the pages of the New Testament. She is the only Christian church whose history can be traced in unbroken continuity all the way back to Christ and His Twelve Apostles. Incredible as it seems, for nineteen and a half centuries, she has continued in her undiminished and unaltered faith and practice. Today her Apostolic doctrine, worship and structure remain intact. The Orthodox Church maintains that the Church is the living body of Jesus Christ.

Many are surprised to learn that for the first 1,000 years of Christian history there was just one Church. It was in the eleventh century that a disastrous split occurred, resulting in the Western Church under the Pope of Rome separating itself from the Orthodox Church. The Pope sought to establish himself over all of Christendom and finally succeeded in the West. But the rest of the Church emphatically rejected this innovation, knowing no so-called “universal head” apart from Jesus Christ, Himself.

To this day, Orthodox Christianity has continued undeminished in its beliefs and practices, always bringing the light of Christ into whatever part of the world it gets planted.

But what's the real difference between the Orthodox Church and other Christian groups?

One writer has compared Orthodoxy to the faith of Roman Catholicism and Protestantism in this basic fashion:

"Orthodoxy has maintained the New Testament and Early Church tradition, whereas Rome has often added to it and Protestantism subtracted from it."

Throughout the centuries, the Orthodox Church has steadfastly maintained the Apostolic faith “once for all delivered to the saints.” She has preserved the teachings of Christ laid down when the Bible was first being written. She is authentic, living the Gospel in its fullness, leading her people to true union with God through Christ. In a word, Orthodox Christianity simply does not change!

The Orthodox Church in North America

For many centuries, the center of Orthodoxy was the East, so it is relatively new to North Americans. The late nineteenth and early twentieth centuries saw Orthodoxy arrive in America with immigrants from Eastern Europe, Greece, Russia, and the Middle East. Since North America is largely Western in its religious and cultural history, the Orthodox immigrants were generally ignored as a “foreign” minority. As a result, these Orthodox Christians tended to maintain their Old World ethnic identity, even to the point of retaining their native languages in their worship. People who visited their churches were often unable to understand what was said or done!

Today, however, the Orthodox Church is being taken seriously in this country. People who are devoted to Christ but distressed and frustrated by recent doctrinal, liturgical and moral innovations in other churches are turning to the changeless Orthodox Church out of a desire for doctrinal truth and more fullness in worship and spiritual life. Many people are discovering Orthodoxy as a place where the search for spiritual reality finds fulfillment. St. Innocent's was built by just such a group of people.

What does the Orthodox Church believe?

The beliefs of the Orthodox Christian Church can be summed up most easily in the Nicene Creed, laid down at the First Ecumenical Council in the year 325 AD:

I believe in one God, the Father Almighty, Maker of heaven and earth, and of all things visible and invisible.

And in one Lord Jesus Christ, the Son of God, the Only-Begotten, begotten of the Father before all worlds, Light of Light, Very God of Very God, begotten, not made; of one essence with the Father; by Whom all things were made: Who for us men and for our salvation came down from heaven and was incarnate of the Holy Spirit and the Virgin Mary, and was made man; And was crucified also for us under Pontius Pilate, and suffered and was buried; The third day He arose again, according to the Scriptures; And ascended into heaven, and sits at the right hand of the Father; And He shall come again with glory to judge the living and the dead; Whose Kingdom shall have no end.

And I believe in the Holy Spirit, the Lord and Giver of Life, Who proceeds from the Father; Who with the Father and the Son together is worshiped and glorified, Who spoke by the prophets.

And I believe in One Holy, Catholic, and Apostolic Church. I acknowledge one Baptism for the remission of sin. I look for the Resurrection of the dead and the life of the world to come. Amen.

Orthodox services are preserved from the earliest centuries of Christianity, so can seem foreign to those who aren't familiar with them. We worship liturgically, with regular weekly services. Throughout the whole year we celebrate different feast days, reliving the events of Christ's life and our salvation. Most of the services are sung; we don't use any instruments. We worship physically, maintaining the sacramental nature of the early Church with Communion, Baptism, Confession, and the other Sacraments.

But the best way to understand our services is to come and see them for yourself! Everyone is welcome at all our services.

There is always more to learn when it comes to Orthodox Christianity! Check out these helpfully FAQs, articles, and resouces for more information. Feel free to contact us with any questions.

A great collection of easy to understand articles designed to introduce inquirers to the beliefs and practices of the Orthodox Christian Church.

Live stream music, live stream talk, podcasts, blogs, videos, and a great online bookstore.  If you are interested in learning about Orthodoxy through multimedia, or are simply looking for inspiration through beautiful Orthodox music this is the place to go.

Inspirational stories of those who found their way to the Orthodox Church from a variety of religious (and non-religious) backgrounds. 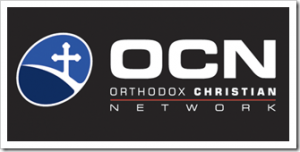 Huge respository of more detailed articles for those who really like to read.

Don't call Whatcom County, Washington home?  Want to see if you have an Orthodox parish in your town?  This directory has all the canonical Eastern Orthodox Churches in North America in a helpful search format.