We welcome all to come and see the tradition and worship of the Orthodox Christian Church, unchanged since the time of the Apostles.

As a member of the ancient, apostolic, Orthodox Christian Church, St. Innocent's is committed to worshiping God in Trinity, helping the community in which it resides, and transforming its members into the people that Christ calls us to be.

NOTICE! Due to the flooding, catechism is delayed until Wednesday December 8th (See revised flyer below)

Part 1 will run from the beginning of December 2021 to March 2022 and will focus on the fundamentals and practicalities of Christian life.

Part 2 will start after Pascha and will focus on Theology.

Classes will take place after Wednesday night Vespers. Click here for the flyer with all the details. Can't wait to see you there!

Check out the link below for the latest guidance on St. Innocent's attendence policies during the COVID Pandemic. 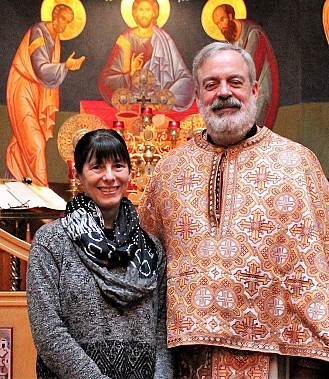 The Orthodox Church is structured. It is mystical. It honors the saints who have gone before us and who have lived the faith and had a lasting positive impact. It is ancient, but addresses the same ancient human needs and conditions that still confront us every day, and it provides our salvation through Christ. Orthodox Christianity is the saving ark on the storm-tossed sea of this world with its non-stop crises.

With respect, and In Christ,
Father James Robinson